KUALA LUMPUR (Jan 7): Malaysia has been positioned as a place for business in the global community and the Government understands the importance of attracting investments, said Finance Minister Datuk Seri Tengku Zafrul Abdul Aziz. 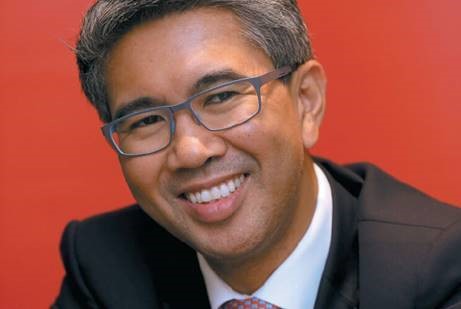 Despite a tumultuous 2020, he said Malaysia continued to draw foreign direct investments (FDI) and domestic direct investments (DDI), recording a total of RM109.8 billion in approved investments involving close to 3,000 projects in the manufacturing, services and primary sectors for the first nine months of 2020.

"Through Penjana Kapital, we recently facilitated the commitment by eight international venture capital fund managers together with the Government to invest up to RM1.57 billion into Malaysia startups in the fields of fintech, edutech, agritech, mobility and AI, which are set to create 1,800 high-skilled jobs in the process," he said in his speech at the 13th Annual CGS-CIMB Malaysia Virtual Corporate Day 2021.

Zafrul referred to a recent report by EY citing Kuala Lumpur as a key location for multinational corporations and the international business community, considering factors such as integrated infrastructure facilities, diversity and quality of human resources, as well as Malaysia's readiness to adopt digital technology.

He also referred to a Bloomberg report that ranked Malaysia fifth among emerging economies as a key destination for investment and businesses, on the back of potential rapid economic recovery, stable fiscal and financial position.

On another note, Zafrul said the Government also aimed to create 500,000 jobs this year, one of the biggest agendas under Budget 2021.

"For this, apart from RM3.7 billion allocated under the JanaKerja initiative, which includes hiring incentives, reskilling and upskilling and short-term employment in the public sector and among GLCs, it is equally important to note that this is the first time in Malaysia’s history that the Government has set up a National Employment Council, chaired by the Prime Minister himself, and with participation from relevant Ministries such as MOF, Education, Higher Education and Human Resource.

"This shows seriousness on the part of the Government to generate employment," he said.

"This was a solid recognition of Malaysia’s crisis response efforts and strong economic fundamentals," he said.

However, the Minister said there is a major caveat to the country's economic recovery and growth.

"Rising daily infections could undermine efforts to achieve our forecast and projections in 2021 and beyond. As such, we must all continue to be vigilant. We may have won many battles, but we must win the war against Covid-19.

“As such, Malaysians businesses and individuals alike, must not be complacent. Let’s stand united against Covid-19, and we shall prevail," he said.